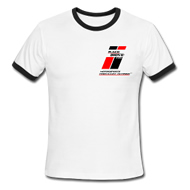 Visit Website: http://www.atlantic-championship.com/
Description:
Atlantic Championship Series - Originally known as Formula B - then Atlantic - then W-Car - then Formula Atlantic - was part of the Champ Car Series - and is now a stand alone series.

In New Zealand the same car was known as Formula Pacific